Automobile taxes based on actual travelled distance and work till 70 years of age among the measures eyed by Japanese Government.

Home / 未分類 / Automobile taxes based on actual travelled distance and work till 70 years of age among the measures eyed by Japanese Government.

Automobile taxes based on actual travelled distance and work till 70 years of age among the measures eyed by Japanese Government. 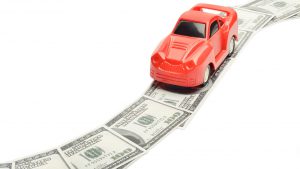 The government and the ruling camp are considering introducing a mileage-based automobile taxation in a future overhaul of Japan’s auto taxes as the number of cars owned in the country is declining.

The ruling camp plans to include the policy of reviewing how auto tax levies are set over the medium to long term, in its tax system reform package due out in mid-December.

Currently Japan has three auto taxes — the automobile acquisition tax, the vehicle tax levied on owners every year and the automobile weight tax collected at the time of a mandatory car inspection.

However not only the number of cars is shrinking in Japan but also the number of their drivers. The International Monetary Fund warned Japan Wednesday against a possible economic shrinkage of more than 25% in the next 40 years due to the rapidly graying population in the country.

The IMF also said the GDP level will be boosted by about 15 percent in 40 years from the “current policies” scenario if reforms in the labor market, corporate sector and international trade are implemented along with monetary accommodation and debt stabilization.

Among the IMF’s recommended reform measures are a gradual introduction of contracts that replace currently prevalent regular and non-regular contracts, higher labor force participation of women and older workers, and increased migration by 1% of the labor force.

In an economic policy outline adopted at its Council on Investments for the Future, the government said it is considering calling for companies to choose from various options for continuing employment until 70.

The government is looking initially at requiring companies to “make efforts” to comply with the possible new age rule for continued employment.

The government is aiming to expand job opportunities for elderly people, in a bid to keep the country’s social security system afloat despite a graying population.

The economic policy outline also called for measures to support companies underpinning regional economies, including regional banks and bus operators, which are struggling with population declines.

The IMF said it now expects the Japanese economy to post a 1.1% growth in 2018 from the previous year but to slow down to 0.9% in 2019 due to the planned hike in the consumption tax to 10% from the current 8% on Oct. 1.The VAT rate increase could trigger a sharp macroeconomic contraction and so to ease the detrimental impact from the consumption tax hike, the agency laid out tax incentives for purchases of cars and houses as possible steps to take.

Japan’s underlying inflation rate held steady at 1.0% in October, government data showed Thursday, though a recent fall in global oil prices could weaken momentum. The year-on-year increase in core consumer prices, which exclude fresh food prices because of their volatility, was unchanged from September and remained below the Bank of Japan’s long-sought 2% inflation target.

Energy items such as gasoline and kerosene were the largest contributors to the gains, lifted by an earlier rise in the global market for crude oil, according to the data released by the Ministry of Internal Affairs and Communications. But with oil prices plummeting since early October, there is likely to be downward pressure on consumer prices in Japan, said a ministry official who briefed reporters. So-called core-core consumer prices, excluding both fresh food and energy costs, rose 0.4% from the previous year, the same pace for the third straight month.